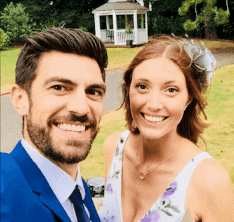 How Our Wealth is Being Stolen 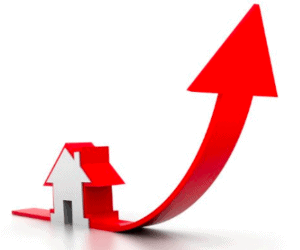 I know what you’re thinking… Property in the UK (especially London) is an amazing asset… NO, NO, NO and NO!!

If this is the case, everything is an amazing asset… because of inflation, our wealth is being stolen!

You may be wondering if it’s even worth reading this drudge! But if I do this properly I hope you can understand the current world monetary system a bit better. I promise to try to keep it as simple to understand as possible (please note I don’t claim to know everything about it and I would highly recommend doing your own research to back this up)…

I am not a financial advisor but this may affect every future financial decision you make.

First of all, it’s important to understand what inflation should not be. It should not be the price of things going up.

The definition of inflation should be the expansion of the currency supply from money being printed (the government call this the monetary base). If there is more money available to buy the same things, it is natural for the price of goods and services to go up.

The price of things going up is really a SYMPTOM of inflation. The reason we can tell this is by looking at some history. 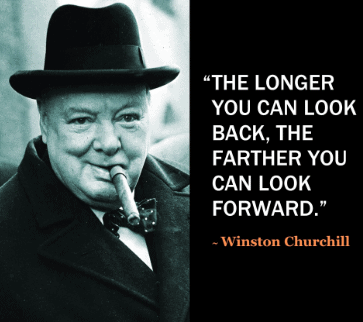 The US dollar came into existence around 1775. Prices of goods were only 20% higher in 1913, and were actually 40% lower than they were during the war of 1812. So it’s fair to say that prices went up AND down in this time frame.

There are 2 things to note from this example:

However, in 1913 the federal reserve was created. This is a PRIVATE organisation, with a balance of ZERO in its bank account who have managed to control the world monetary system as we know it today. This PRIVATE organisation decides when to “print money”.

They have played a huge role in removing the dollar from the gold standard. Currencies used to be pegged to gold i.e. $20 US would buy 1 ounce of gold. This means that it is easy for governments to print money as it doesn’t really matter how much money exists as it is not backed to anything (this is called a fiat currency).

Since 1933 (when currency started to get removed from the gold standard) inflation has rocketed. See the graph below: 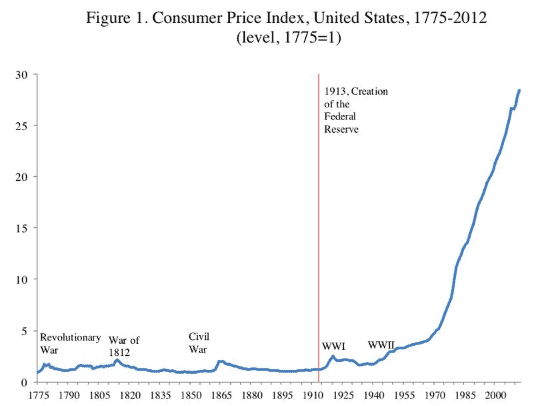 It’s important to understand the difference in definitions of inflation. Not only has inflation been recorded as rocketing from 1933 but the world’s monetary supply is currently increasing MUCH faster than the price of goods and services (so the graph above should actually look a lot worse!)

This begs us to ask the question… why are the prices of “things” not increasing at the same rate as inflation?

How does the government measure inflation?

Most people know that the government doesn’t want to look bad… Well, inflation is one way the guy in charge can look bad! If prices of things go up a lot in a short space of time, the public would question this and could potentially revolt against the system.

The CPI (Consumer Price Index) is how the government reports inflation. However, they should probably call this the CP-Lie (see what I did there!!)

The Bureau of Labor Statistics (BLS) takes a selection of goods and services and tracks their prices throughout the years. This is a perfectly logical way of checking inflation… Apart from they don’t use the ACTUAL price and they don’t always use the SAME items each year!!

The sneaky buggers can use 3 ways to make inflation seem more “acceptable”:

There are 2 things to note from this example:

The table on the right shows the CPI (more accurately the CP-Lie!) and monetary base since 1960. 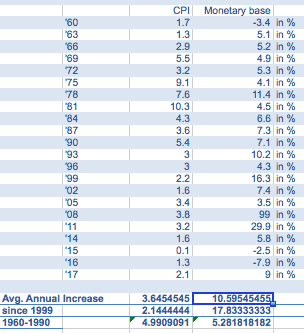 As you can see in the highlighted cell, the monetary base (real inflation) has increased at 10.6% per year on average since 1960 (which makes investing in property in London not look as amazing as we first thought!)

However, in 2008 the monetary base increased by 99% (So it had taken about 220 years to expand the US monetary base and in one year they doubled it! Yes you are reading that right!!) but the CPI only increased by 3.2% in 2011. If this is not enough proof that the CPI is being manipulated then I’m not sure what is!

Note all this information is hidden in plain sight. Have a look at statista.com and please do your own research to back this up!

What should we do?

I am very aware that this is not interesting to most people and graphs and numbers can seem very confusing. So I want to try and explain what this means for us in day to day life.

If you like the vast majority of people interested in saving for your future and are working hard for your money and living frugally, then here are my top tips:

Tip #1 – Do NOT stick your money in a bank and leave it there!! You obviously want some sort of buffer in a bank account that you can access instantly in emergencies. Some people recommend 3-6 month worth of expenses but I think if you have some more liquid assets (easily accessible such as stocks or gold) then you don’t even need this much depending on your lifestyle or job.

Tip #3 – Do NOT just invest for the long haul. Due to the current financial system and inflation, you will not actually be improving your purchasing power even if you make 8% return every year. It is possible to make a much better return in every asset class listed above but to do this you need to invest in yourself and educate yourself!

Tip #4 – Build your network- Start talking to new people who know what they’re doing. This has never been easier! With social media, you can literally join a group on Facebook, become active on there each day and after a month you will know who knows what they’re talking about and who doesn’t. Just send them a private message and ask them some questions.

The real relationships start building when you make phone/ skype calls with these people. Since I moved to Qatar I have made more meaningful connections to people living in England that are dealing with millions of pounds worth of investments, all because of Skype and social networks and me becoming brave enough to chat to new people.

Tip #5 – Expand your means. Have you ever heard of these financial gurus telling you to live below your means and live frugally? This is absolute trash!! This advice would have worked before 1913 as inflation didn’t really exist. Obviously, don’t go spending more than what you earn, but rather than focus on reducing your spending what about focusing on increasing your income?

I know, I know, you received a 2% pay rise since last year in your job. What your employer doesn’t tell you (or probably doesn’t even know) is that it is actually an 8% pay cut compared to it’s purchasing power due to inflation. Find ways to increase your income! Click here to see how I am doing this.

Tip #6 – Start doing! The best way to learn is by doing the real thing. If you don’t want to lose money, most things have a trial period or a “fake money” account to start with. If you have an idea, just Nike it!

If you look up the definition of inflation it will be the rate of goods and services rising. In actual fact, this is really the symptom of inflation. Inflation is really the increase in the monetary base. Before 1933 inflation didn’t really exist as money wasn’t printed until the federal reserve came to exist in 1913.

Inflation is currently reported by the CPI (or CP-Lie), but this figure has been manipulated to be much lower than what it actually is.

This means living frugally and investing for the long haul no longer works. We need to find ways to increase our income if we want to be financially secure in life.

I know this can be a hard pill to swallow but all of this information is out there. It only takes a quick google search to back up what I’m saying here.

The question is, do you want to be ignorantly bliss (and get a rude awakening in the future) or are you going to do something to make sure you are prepared?

Keep changing for the better,

Please leave your thoughts and comments below, I really believe this is vitally important for people to learn about and I always want to hear others opinions on the matter.

If you are interested in making money online to free up your time, have a look at my #1 recommended program here, which I am currently using.

Some useful books to read if you want to learn more about this:

Guide to Investing in Gold and Silver- Mike Maloney

"If you don't find a way to make money while you sleep, you will work until you die." Warren Buffet

I have been living a life following “the script”. I grew up in England, went to school, university and then got a job as a teacher. I bought a house and got married (obviously the best decision of my life as my wife, Sarah, is possibly the greatest human being on the planet!) But I’ve always felt like there is more to life than just waking up and going to work for someone else. I have been blogging since mid-2017. I am now on a journey to put the pieces of the puzzle for making money online. I would love to help as many people as possible that are looking to make money online to free up their time.

Is Le-Vel Thrive a Pyramid Scheme? Don’t Sign Up Until You Read This!

Is Le-Vel Thrive a Pyramid Scheme? Don’t Sign Up Until You Read This!

Is 7k Metals a Scam? Or a Legit Precious Metal Investment? [2022 Review]

Is 7k Metals a Scam? Or a Legit Precious Metal Investment? [2022 Review]